© Griffith Institute, University of Oxford, 2013-. Unauthorized use and/or duplication of this material without express and written permission from this blog’s owner is strictly prohibited. Excerpts and links may be used, provided that full and clear credit is given to Griffith Institute and "Wonderful Things" Blog with appropriate and specific direction to the original content.
Browse: Home   /   The Broome Letters – Introduction 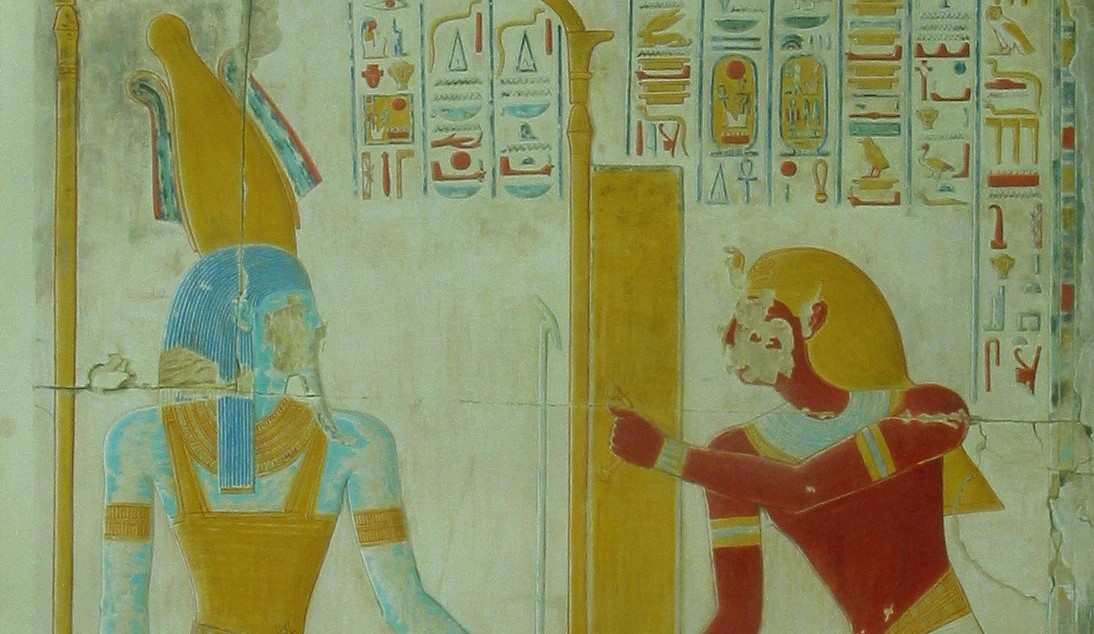 For eight seasons from 1929 until 1937 Myrtle Broome worked with Amice Calverley on recording the reliefs in the temple of Seti I at Abydos. The work recording the reliefs in the Seti I temple was organised jointly by the Egypt Exploration Society and the Oriental Institute of the University of Chicago, with financial support for publication (edited by Dr Alan Gardiner) from John D. Rockefeller Jr.

In more than 400 letters to her parents, today kept in the archive of the Griffith Institute at the University of Oxford, Myrtle created a vivid picture of life in the “camp” at nearby Arabah el-Madfunah and those who supported them – from “Nannie”, the Syrian housekeeper who kept the domestic show on the road, and Sardic, the major-domo and foreman on whom all else depended, to Abdullah, the youngest servant whom we see grow up.

But Myrtle’s letters cover so much more too: the lives of the Egyptians in the nearby villages; Egyptian agriculture, industries, arts and crafts; the delights – and perils – of the journey out each autumn; visitors – both welcome and unwelcome, from royalty to Cook’s tourists; and Amice and Myrtle’s own visits to friends in nearby towns. We also hear about the celebrations at Christmas and observance of the Muslim calendar; Myrtle’s progress in learning Arabic; her DIY triumphs; illnesses, accidents and their treatment (Epsom salts feature prominently); animals and birds – Myrtle was a keen horse-rider and dog-lover, but the camp cats and various camels, donkeys, water buffalo, snakes and rats, sparrows and a raven all make appearances. There are descriptions of picnics and day trips, and detailed accounts of longer treks into the desert, to the Red Sea and to the western oases, sometimes by camel, sometimes in their trusted Jowett car (‘Joey’).

And the letters also give an insight into life in 1930s suburban Britain – Myrtle’s parents lived in Bushey, just north of London, and one can learn about department stores, car licensing and insurance requirements, new books and films, and London exhibitions, as well as home improvements and domestic help. The letters also offer a contemporary view of Edward VIII’s abdication, the Italian invasion of Abyssinia, and Anglo-Egyptian relations.

This short introduction is just the start of a small, but more ambitious, project. My name is Susan Biddle and I am a lawyer with a long-standing interest in archaeology and the history of Egyptology. I have been delighted to work as a volunteer with the Griffith Institute on making all Myrtle’s letters available online. I awaited each new instalment with the same eagerness as the original recipients, and plan to write a series of blog posts to share more widely the pleasure Myrtle’s letters have given me. I believe – a belief shared by Francisco Bosch-Puche and the rest of the Griffith Institute team – that her letters are a rich source of material which may be of interest not just to Egyptologists but far more widely. I hope you enjoy exploring the blog posts and the letters as much as I enjoy researching and writing about life in Abydos in the 1930s.