© Griffith Institute, University of Oxford, 2013-. Unauthorized use and/or duplication of this material without express and written permission from this blog’s owner is strictly prohibited. Excerpts and links may be used, provided that full and clear credit is given to Griffith Institute and "Wonderful Things" Blog with appropriate and specific direction to the original content.
Browse: Home   /   The team’s physical health – 1: Illness 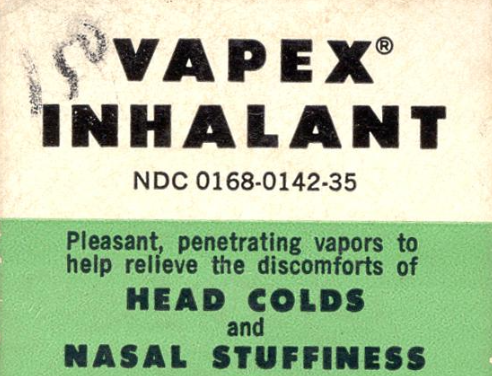 This post looks at some of the illnesses, both minor and more serious, that afflicted the Abydos team, and how these were treated.

During their eight seasons at Abydos, Myrtle Broome, Amice Calverley, and their European and Egyptian colleagues were inevitably ill from time to time. Colds and coughs were quite frequent, and Myrtle’s letters remind the reader how much more serious these could be in the pre-antibiotic era. The usual treatment was hot cinnamon and aspirin, plus gargling. In January 1930 Myrtle took a day off with “a sneezy cold in the head” since it was “no use trying to do fine pencil drawings & blow one’s nose every five minutes”. In January 1933 Myrtle told her mother, “the season of colds has started. Abdullah [the youngest servant] began it a week ago. Now Amice has a real beauty & has retired with it to her own room & I am feeling a little snuffly & am going about reeking with Vapex. & we all take hot cinnamon at night”.

This turned into “the worst cold I have had for years, Amice & I have coughed, sneezed & spluttered in company”, and they planned to “spray the house well with Flit in case we have left any germs about” before their next visitors arrived.

As she slowly recovered, Myrtle had her painting materials brought back to the house and worked there on the background for her next picture, rather than risk the temple draughts. The same cold turned into sinusitis for Amice. After trying “everything from nasal douches, burnt sugar & hot fomentations” without success, she went to Cairo for treatment by Dr Brown and a Swedish ear, nose, and throat specialist at the Anglo-American Hospital on Gezira island, and did not return to Abydos until the beginning of February 1934.

The 1935–1936 season started badly for Amice when she developed tonsillitis on the voyage out to Egypt. She remained in Cairo for ten days at the start of the season hoping that a throat specialist could cauterise her tonsils. When the doctor refused to do so until all the spots (inflammation) were gone, Amice, reluctant to waste all this potential working time, joined Myrtle at Abydos. Until her throat could be cauterised, the only treatment was to “paint” it (Myrtle never explains with what) night and morning. Amice finally returned to Cairo for ten days in December in order for her throat to be cauterised.

In December 1929 Sardic, their head servant, caught flu and was “reduced to a miserable bundle in a blanket”; his distress increased “because his ‘Excellent Lady’ insists on his keeping a recumbent position when she condescends to visit him”, which he regarded as a terrible breach of good manners. Since all his friends insisted on visiting Sardic to condole with him, they dosed all the servants with hot cinnamon. The youngest servant Abdullah “attracted by the smell & the big lump of sugar that was in his cup, swallowed the dose in one gulp! He just gasped ‘Ya Allah!’ & fled hand on mouth amid hoots of joy from all the others”. Despite these precautions, both Sardic’s wife and Semman, the water carrier, also caught flu, and Myrtle expected all the men would catch it since “if one is ill, all the others herd in with him in order to keep out the angel of Death, a kindly custom but rather unhygienic”.

In March 1933 Charles Little, who had joined the team part way through the first season, was also thought to have flu. After his temperature was 103ºF (= c. 39.4ºC) two mornings running, Amice thought he needed proper nursing and medical advice, so Charles too was sent to the Anglo-American Hospital in Cairo. In fact he was suffering not from flu, but from typhoid and was seriously ill – the introduction to Volume I of The Temple of Sethos reported that this “severe attack of typhoid … as nearly as possible cost him his life”. The good relations between the Abydos team and the Egyptian authorities are illustrated by the offer from Pierre Lacau, Director of the Antiquities Services, of E£10 towards the cost of the oxygen Charles Little required for ten days. Lacau was aware of Charles Little’s lack of financial resources, but did not know his medical costs would be borne by John D. Rockefeller Jr as part of his funding of the Abydos team. The team accounts for the year in the archives of the Egypt Exploration Society show payment of E£2 for two visits to Charles Little by a Dr McHutchison, and a further £126-17-7 paid in respect of his illness in July 1933.

There was also the occasional minor stomach upset, but Myrtle and Amice were usually cautious about what they ate and rarely suffered in this way. In March 1932 Myrtle spent a day’s holiday visiting a local Sheikh, a holy man and member of a sect of snake charmers. She would have liked to accept his invitation to lunch “but was afraid that politeness might compel [her] to eat something that might cause tummy trouble, so excused herself”. Later that month, however, Myrtle and Amice were both “feeling very sorry for ourselves”. Having had stew for lunch, they would normally have had only a light evening meal, but an unexpected visitor meant they had pigeon for supper. Myrtle thought this “must have been extra rich for we both developed a bilious attack during the night”; she hoped their visitor, who had taken the night train to Cairo, was not suffering from similar ill effects. Later, when visiting her Arabic teacher at home, Myrtle imaginatively used the excuse that it was a Friday during Lent, and so a fasting day, to explain why she could not eat meat or anything cooked in fat, oil or milk, but only fruit, nuts, cakes, and coffee. In February 1935 Amice was afflicted with “some sort of a tummy upset, she had to be in bed several days as she had quite a temperature”. Unlike Myrtle, Amice did not work at an easel, and Myrtle thought Amice had been over-working and “to sit doubled up for over 8 hours a day does not aid digestion”. When visiting all their workforce in their homes for the feast at the end of Ramadan, Amice and Myrtle had to accept refreshment at every house, after which they “needed “eppy” [Epsom Salts] more than supper”.

In March 1932 Sardic became unwell with “such acute headaches & pains down the back of his neck, we got the Doctor from Baliana hospital to come & see him”. Amice suspected cerebrospinal meningitis of which there was a local epidemic. However the local doctor diagnosed “a severe chill & neuralgia, & sent some medicine & embrocation”. Sardic initially seemed to get better, but a week later his bad headaches were continuing. He seemed so weak that Amice and Myrtle took him to the Baliana doctor again, who kept him in hospital for observation where the problem was identified as “hook worm. A horrid thing they get from the canals here, they breed in the intestines & cause a lot of trouble if unchecked”. The Baliana hospital was new, staffed by two doctors and nurses, but had no water supply. Sardic was treated with injections and five days later was home. When he returned, Amice and Myrtle had dinner with the head of the hospital who had “been very good to the patients we have sent & looked after Sardic splendidly”. Myrtle told her father, “it was some meal – there were 10 courses as well as dessert & coffee. & for drink we were offered the choice of beer!!! Or whiskey!!! We chose beer & were thankful since we knew it was safe. We dare not drink anything with water here, unless we know it has been boiled & we were so afraid they might offer lemonade – all these problems make it so difficult to accept hospitality & avoid giving offence”. They struggled through the ten courses, which included cheese fritters, roast turkey, salad, stuffed tomatoes, savoury meat balls, three desserts, and fruit, and “survived – but took a large dose [of Epsom Salts] at bed time”.

In February 1932 Linda Holey, who had joined the team as a photographer, suffered from sunstroke. Myrtle regarded this as self-inflicted, as “she will not wear a hat here, in spite of warnings from all of us, her chief ambition is to get a sunburnt complexion”. The day after a picnic “she was very sick & queer, & by the evening had a temperature of 102ºF (= c. 38.8ºC) which alarmed Amice dreadfully”. Fortunately a doctor friend, Major Gayer-Anderson, arrived at Baliana on one of the American Express Nile boats. After dinner on board with Amice and Myrtle, he came to the dig house to examine Linda, reassured them “there was nothing really wrong other than the results of sunstroke”, and stayed the night to keep an eye on the patient. A week later Linda was still unwell, the sunstroke having “completely upset her tummy” (in fact she had developed jaundice), and she spent a further week recuperating with the Oultons in the nearby town of Sohag. Charles Oulton was the sub-consular agent for the district and over the years he and his wife Betty became good friends with Myrtle and Amice.

At the end of the second season (May 1931) Myrtle was afflicted with what they first assumed to be eczema brought on by prickly heat. When it spread all over her upper lip and the usual remedies such as Homocea cream did not work, she left the camp early to consult Amice’ doctor in Cairo. Myrtle spent “a wretched night” on the overnight train from Baliana to Cairo, where she was met by Rex Engelbach, Chief Keeper of the Egyptian Museum, who drove her straight to the Anglo-American Hospital.

There the doctor diagnosed impetigo, “a beastly little germ that gets into the skin & spreads like wildfire unless drastically treated”, which necessitated 10–14 days’ treatment in hospital. Today impetigo is quickly treated with antibiotics, but in that pre-antibiotic era, treatment was slower: twice a day her “nose & mouth [were] completely obliterated with a thick grey paste – like a dirty suet pudding”, leaving her face “too stiff to even smile”. Myrtle bravely played down her suffering, which must have been considerable. She was at least able to enjoy the hospital grounds, telling her mother: “this is a most beautiful place on the big island near the Sporting Club & away from the dust & dirt of Cairo. I spend most of my time sitting out in the gardens reading & watching the birds”. Fortunately the Egypt Exploration Society had taken out a yearly subscription (£3) to the hospital, so Myrtle could be treated there at a reduced rate, but it was still expensive and she doubted whether there would be much left of her final month’s salary by the time she left.